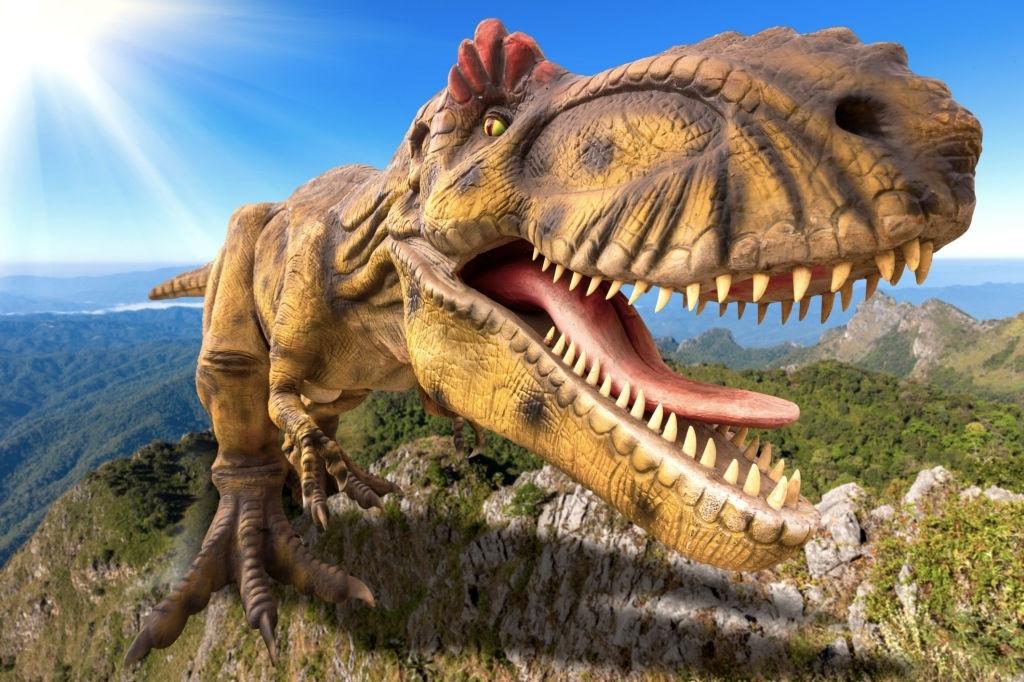 You probably have heard this viral statement, “ which dinosaur had 500 teeth”. Although it was a stunt in this article, you will have complete information about this statement and the purpose of this stunt as well.

Nigersaurus is a genus name of dinosaurs which is a reptile in its origin, the family of lizards. It is obviously famous for having more than 500 teeth and unusual skeletal structures. This is approximately more than 100 million years old. According to paleontologists, this species lived in niger deserts. It was a long-necked 30 feet lengthy herbivorous animal with a small fragile skull a wide mouth and an exceptionally large number of teeth for which it was known. Nigersaurus’s skull was the first-ever skull of the fossils that were examined through a CT scan in 1976.

The unusual characteristic feature of nigersaurus is this dinosaur had 500+ teeth with a broad mouth. It was meant for grazing grass and plants from the ground with its wide and broad mouth that was wider than its back head. Paleontologists give a picture of its mouth like a vacuum cleaner, which was the right observation so far. Some also give a resemblance to household appliances with a wide front. These teeth are replaceable that said to be replaced after every 14 days.

This uncommon and unusual type of species not only had unusual teeth but also a very uncommon feature among its group that is dental batteries. It was usually common among those herbivorous species of dinosaurs which were having a beaked mouth. But this beast has a broad mouth and dental batteries which was a very efficient tool for plant-eating animals. Their teeth were vertically placed and new ones comes from behind to replace the old ones and take their space later on. The upper jaw had needle-like teeth arranged in the form of nearly 60 columns while 68 columns in the lower one hence 500+ teeth in total. This orientation helped them to graze from the ground rather than upper leaves. So that was why they were also called “Mesozoic cows”.

The warning “ Don’t google, what dinosaur had 500 teeth”.

This statement was first made by Reddit as a stunt or a joke just so internet is users become their prey. It was gone viral because of a meme related to a racist joke after it went viral. Reddit used this viral term as provoking clickbait.

This joke after going viral became the top suggestion on search engines and everybody was using it for their traffic. Nigersaurus comes under the results for those who googled the question. This warning was initiated by Reddit first and then it appeared in every meme as “ do not google, what dinosaur had 500 teeth, I did a mistake”. And went viral like nothing.

Basically, it was an indirect code word used in a joke related to racists. And then turned into countless jokes and puns all around.

As discussed in this article earlier this dinosaur which had 500 teeth is called a nigersaurus and was belonged to the desert of Niger. This became the reason for its discovery and was used for racists as an indirect pun.

Its fossils were first found in the west of Africa.

The N-word, don’t say it

There was a parody dub type of series back then in which whenever a dub man says the N- word, someone got injured or killed as a result. So this N-word also refers to this thing as well.

A mixture of “ don’t say the N- the word” and “ don’t google, what dinosaur had 500 teeth” and the results in the search came out as “ Nigersaurus dinosaur” is the leading cause of this statement went viral. Otherwise, there was nothing logical about it. It merely was a joke that provoke racist because of Nigerian origin.

It all started in 2018 , when dubs were being created on characters of batman-christopher Nolan. Later many people started doing this on various platforms and this all leads to the dubs of content that was non-batman but in the original vein.

In those times there was a series that came out related to the dub content against the minority populations. In that very video, the joker was warned for saying that N-word. It was shown that the joker wanted to say that word and this expression of not saying but wanting to say went on and leads to 9 more dubs. Later it got deleted from that medium but still, it is available on YouTube.

That joker was made shown as a racist. It was later done many times although it was in a different form the inner core and the concept were the same.

Later it became a hot topic and became political because of the n-word.

After that, an Instagramer and the influencer tried to stop this racism and the passing of N-word by posting videos of dubbing and N-word expression, unlike others. This was first ever try of anyone in those times. He made 4 more videos as an installation of the previous video after it get more than a million views on his video. It went viral on social media, especially on Instagram. They did a great help stopping the racism and letting the N-word pass.

It was made to establish that a person can not say the N-word if he is not black without creating an explosion atmosphere all around himself. So this N-word pass did great help in stopping this explosion kind of expression while using this N-word, it’s also called N-pass.

Because the N-word gesture began, a person started a statement don’t google what dinosaurs had 500 teeth and the results were Nigersaurus which also starts from N and have a Nigerian desert origin of blacks. This leads to racist jokes and memes all around like fire. Later his account got deleted also.

Racism and the N-word bullying.

N-word is an offensive word in these times because it was established that a person who is not black colored can not say that n word. In my opinion people should educate themselves enough to stop these racist stunts and stop this N word pass or N word usage at all and end that poor mentality and offensive trend. No one should have the right to say something offensive based on their skin colors or appearance either they are black or white folks.

One of the university’s professor did a great job by researching the root cause of this offensive trend and tried to find out its etiology that how this N word came into being and it became a slur. There was a complete deep analysis of how this word is offending blacks and dehumanizing them.

This word is really disturbing for African-Americans because of their color whenever they hear this from non-black peeps. It’s a stress test for them, the intensity of which varies depending on in which mental situation they are in. White people should teach and educate themselves and their children that it may cause great pain to the listener. Because this offensive concept is everywhere, be it music or rap, be it memes and entertaining content, it horrifically gives pain to blacks and ends up transferring into your upcoming generations and permanently embedding into their beliefs for suppressing the black community.

Know this, every black person goes through some sort of mental grind before starting a day and the intensity depends on the circumstances and situation they are in any given time period.

As everyone knows about social media. Everything has good and bad sides so do this social media. It’s because of this platform that anything can go viral. Either it is morally right or wrong. By the way wrong ones spread more fast than the right ones. As people like to see and be entertained by controversies. This has become the root cause. This controversial and offensive thing became the spot light for some and offensive and painful for others. It was a highly inhumane act. Now it’s everyone’s responsibility to unlearn these toxic things and educate themselves. And their generation not to learn and follow these type of trends at the cost of someone’s respect.

Comics have also dropped the standard because of such controversial people. That play with people’s mindsets and forget about moral principles. So if you are not black do not think you have the pass to use the words like “Nigga” or anything like. That to anyone may it be a joke or anything. You must know how damaging this word could be and how much damage It has already done so far in our society. So do not be so blunt in your communication just because you are not black. Know everyone’s worth and respect. Do not join the crowd just because you will look cool and make someone embrace because of you.